Guns And Meat Slicers: A Look At What People Tried To Pack In 2015 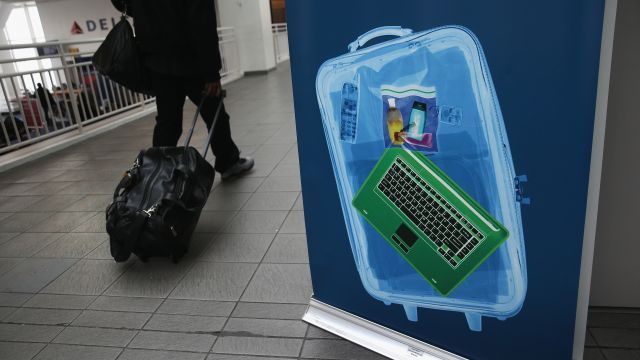 SMS
Guns And Meat Slicers: A Look At What People Tried To Pack In 2015
By Katie Link
By Katie Link
January 21, 2016
More than 2,600 guns were seized from people's carry-on bags in 2015. More than 80 percent of those guns were loaded.
SHOW TRANSCRIPT

Consider this a friendly travel tip: You should not pack your meat slicer in your carry-on. Or your Batarang, or your Chihuahua.

It sounds like common sense, right? Well some fliers tried it anyway. TSA screened more than 708 million passengers and 1.6 billion carry-on bags in 2015.

And while your fair share of weird items were recovered — yes, we're looking at you, marijuana-stuffed candy wrappers — there was also an alarming number of potentially dangerous items. Take guns, for example.

Last year, TSA agents recovered 2,653 firearms in carry-on bags. That's an average of seven guns per day. And agents reported 83 percent of those guns were loaded when they were recovered.

The 20 percent increase in gun seizures over last year might be related to ramped-up security checks. Last June, the acting head of the TSA was fired after the Department of Homeland Security found security failures at numerous busy airports across the country. (Video via NBC)

The current TSA administrator said, "The transport of firearms by commercial air in carry-on bags represents a threat to the safety and security of air travelers. Through increased training in detection methods, our officers are becoming more adept at intercepting these prohibited items."

So as TSA agents get better at their jobs, we get safer in the skies. That's something we can get behind. Just remember to leave that samurai sword at home.