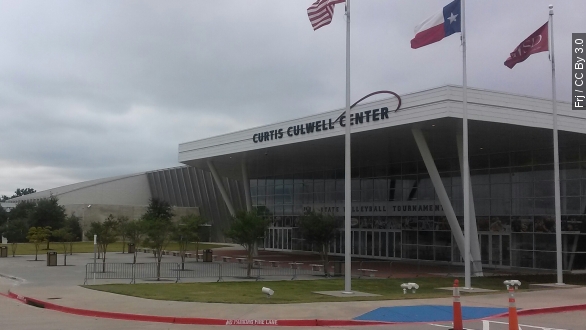 Authorities say both the gunmen were shot and killed by police. A security guard was also shot in the leg at the event but is reportedly not in critical condition. (Video via KXAS)

The "Draw Muhammad" event is a contest with a $10,000 prize for cartoons depicting the prophet Muhammad. In Islam, any depiction of Muhammad is usually considered offensive.

News outlets already had a presence at the controversial event, including a WFAA reporter who tweeted video of law enforcement moving attendees into an auditorium away from where the shooting took place.

The identities of the shooters have not yet been disclosed, and police haven't confirmed whether the attack was religiously motivated.