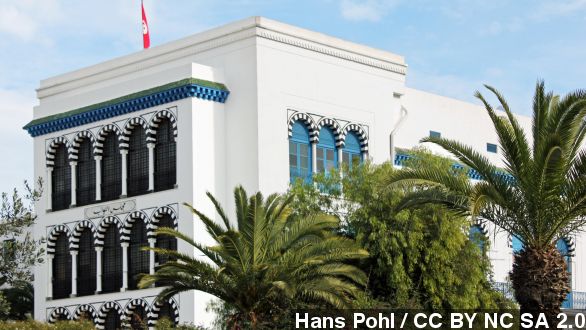 The gunmen's daylight attack on the Tunis art museum left 23 dead and more than 40 wounded. The majority of those killed are believed to have been foreign tourists. (Video via Nessma)

Tunisia's P.M. called for national unity shortly after the attack.

Earlier Essid told RTL while the Tunisian government still wasn't sure which, if any, terror group the gunmen are linked to, Tunisia's intelligence agencies had known of Labidi. (Video told Nawaat)

A member of Tunisia’s parliament told CNN the terrorists may have been a local cell responding to Tunisia’s recent counter-terrorism activities.

“It’s not the first time Tunisia has been attacked by Islamist terrorists. … We have discovered many many places hiding terrorists and weapons bombs etc. and many other items that have been aided by terrorists,” Sabrine Goubatini told Anderson Cooper on CNN.

The New York Times notes there was a group based out of Tunisia which released a video in response to the attack. While it gave a detailed account of the attack and named both attackers by slightly different names, it did not claim outright responsibility.

On Thursday Tunisian authorities announced they had arrested nine people suspected of aiding the gunmen in the attack and said there's still no confirmed connection with any larger terrorist organization.