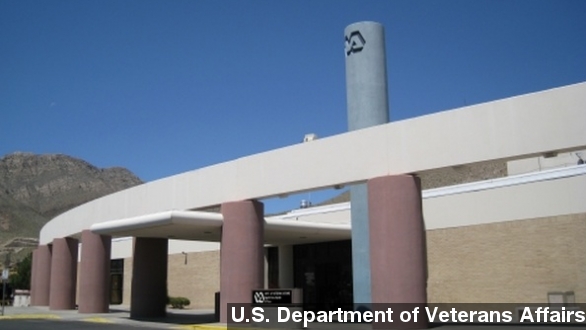 SMS
Gunman Kills Doctor, Himself In Texas VA Hospital Shooting
By Jay Strubberg
By Jay Strubberg
January 7, 2015
Two people are dead Tuesday after a gunman opened fire at a Texas veterans hospital, killing one doctor before turning the weapon on himself.
SHOW TRANSCRIPT

Two people are dead Tuesday after a gunman opened fire at a Texas veterans hospital, killing one doctor before turning the weapon on himself.

Details of the incident are scarce, but authorities confirmed the two casualties later Tuesday evening. Neither the gunman nor the victim have been identified. (Video via KIII)

Area officials say the facility was put on immediate lockdown following the shooting, and it will be closed Wednesday. The FBI, meanwhile, has opened an investigation into the case. (Video via KFOX)

"We have hundreds of potential witnesses and we are processing those right now. Those people were here seeking medical assistance, so we understand the difficulties that this situation presents to them," said FBI Agent Douglas Lindquist.

Fox News says this is also the same VA facility that "came under scrutiny last year after a federal audit showed it had some of the nation's longest wait times for veterans' trying to see a doctor for the first time."

The Office of Veterans Affairs released a statement saying it "is deeply saddened by the tragic situation," and it will work with officials to investigate the incident.

This video includes images from the U.S. Department of Veterans Affairs.