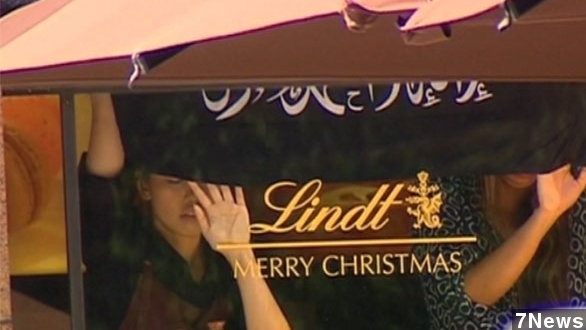 Local police have confirmed one armed man to be responsible for the ongoing hostage situation at a cafe in Sydney, Australia.

The New South Wales Police Commissioner told reporters the motivation for the move is still unknown, and they can’t confirm the number of hostages.

But a BBC reporter tweeted that the CEO of Lindt Australia, the company that owns the cafe, said 10 staff members and around 30 customers were being held by the gunman.

“Our thoughts and prayers must above all go out to the individuals who are caught up in this.”

The Sydney Opera House was evacuated after a suspicious package was discovered in the building, but it's unknown what that package contained or whether it was connected to the hostage situation.

As of Sunday evening, news outlets in the area weren't revealing much about exactly what's going on inside the building.

"We're also seeing ... a lot of pleas to not put out too much tactical information, certainly, to help police," reports Australia's 7News.

Much of what is known about the situation has been directly observed through the windows of the cafe, as well as through reports from onlookers. (Video via News.com.au)

Al Jazeera reports, "Witness say they saw a black and white flag with Arab writing that's on display on the window in the cafe."

There are currently no reports of injuries.