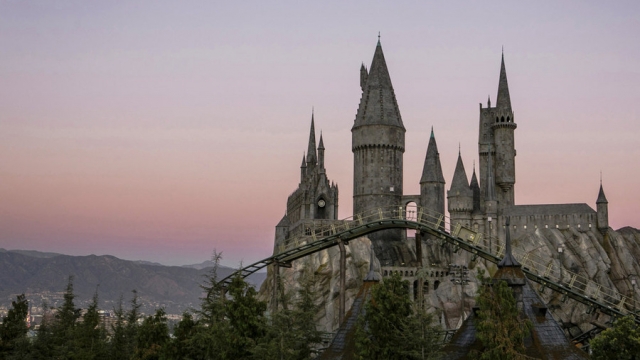 An upcoming Harry Potter attraction at Universal Studios Hollywood will let fans know what it's like to ride a broomstick.

Hopefully they have a better time of it than Neville Longbottom did.

"Mr. Longbottom, exactly where do you think you're going?" Madam Hooch said.

OK, maybe not Ron-puking-slugs bad, but you get the picture.

The Forbidden Journey ride in the Hollywood theme park, is almost an exact replica of a ride in Universal Studios Orlando — the Hollywood ride-makers just decided to up the ante a bit by making their version 3-D.

Not that the non-3-D ride in Orlando doesn't also make some guests feel like they ate the wrong end of something from Weasleys' Wizard Wheezes.

In fact, the Orlando Sentinel reports two guests went to the hospital for extreme motion sickness after riding the Forbidden Journey ride in late 2015.

Universal hasn't commented yet, but it does have some time to tweak the Hollywood ride since the Wizarding World of Harry Potter won't open in that theme park until April 7.

And if the Forbidden Journey ride still ends up being too much, guests can always try out the Flight of the Hippogriff roller coaster instead.

We're thinking the hippogriffs in the ride are much tamer than Buckbeak was.

This video includes clips from Warner Bros. and images from Universal Orlando.