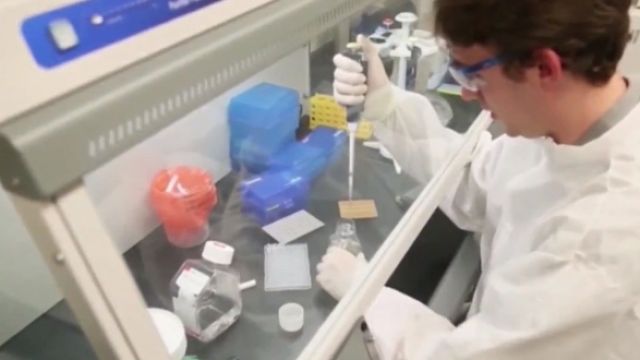 SMS
Gulf Coast States React To Growing Cases Of Zika Virus
By Katie Link
By Katie Link
February 4, 2016
Some states along the Gulf Coast are reporting increasing numbers of cases of the Zika virus.
SHOW TRANSCRIPT

There are now over 50 confirmed cases of the Zika virus here in the U.S. But a lot of the cases are located in just two states: Texas and Florida.

And these states have something in common: a warm climate. Experts fear states along the Gulf Coast could be especially at risk for a more explosive outbreak because of that.

The number of cases in Florida jumped to 12 Thursday, up three from the day before. And people in the Sunshine State seem to be panicking. (Video via WFTX)

The virus, which has been linked to severe birth defects in newborns in Brazil, prompted Gov. Rick Scott to declare a state of emergency in five counties.

The declaration basically allows the state to stock up on tests that would help doctors diagnose the virus more quickly. It also instructs counties to spray for mosquitos.

But so far there haven’t been any reports of infected mosquitoes in Florida. Rather, all the patients with the Zika virus acquired it while traveling to Latin America and the Caribbean.

The same is true in Texas, for the most part. According to the Texas Department of State Health Services, nine people were reportedly infected while traveling abroad and a 10th contracted the disease through sexual contact with an infected person. Again, no infected mosquitos.

The response to infections in the Lone Star State has been a bit different from the way it’s being handled in Florida. Even though seven cases are confirmed in one Texas county alone, the state’s governor, Greg Abbott, hasn’t issued any emergency declarations.

But Abbott did announce he created a Task Force on Infectious Disease Preparedness and Response — a step some say is important, especially in the months to come. (Video via KVUE)

“As we head toward the springtime, if we have a lot of people infected with Zika, either because they’re imported cases or sexually acquired cases, if you will, that may trigger the mosquitoes to get infected with the virus and start that transmission cycle,” Dr. Jeffrey Kahn told KXAS.