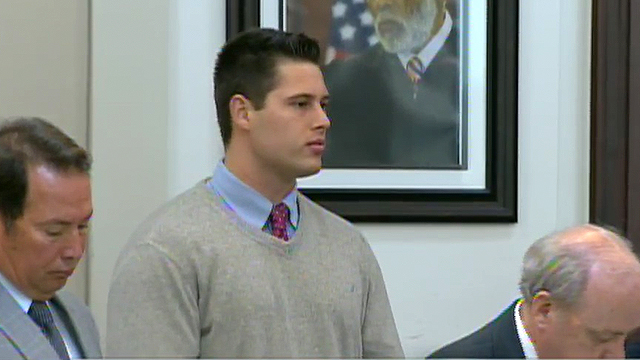 A Tennessee jury has found Brandon Vandenburg guilty on all counts in a retrial of his rape conviction.

Vandenburg, a former football player at Vanderbilt University, was convicted last year along with another member of his team in the 2013 rape of an unconscious woman. The case launched a renewed debate about how colleges handle sexual assault.

That first conviction was reversed after a judge declared a mistrial, but prosecutors successfully argued that Vandenburg willfully facilitated multiple rapes of his then-girlfriend. He faces 15 to 25 years in prison.

Three other men besides Vandenburg were also charged in the rape case. One of them, Cory Batey, was found guilty in April; the two others are still awaiting trial.