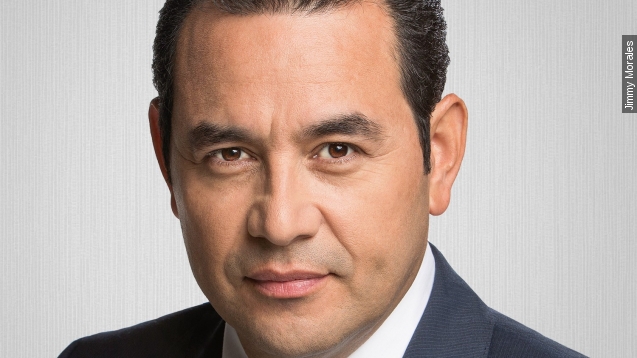 The historic 70 percent turnout for Guatemala's general election on Sunday failed to secure a new leader for a country fed up with government corruption.

None of the 14 candidates were able to get more than 50 percent of the votes needed to become the country's new president.

That means Guatemalans will return to the polls Oct. 25 for a second round of voting. They will choose between the top two candidates from Sunday's election. (Video via Prensa Libre)

With 98 percent of the ballots counted, comic actor Jimmy Morales is ahead of the crowded field with 24 percent of the votes. His campaign focused on Morales being an outsider and standing up against corruption, an important topic for many voters. (Video via Jimmy Morales)

"We have respected the law, we are respecting the law and we are here to respect the law," said presidential candidate Jimmy Morales.

But with no political experience, many media outlets were surprised by Morales's sudden leap ahead. Three months ago, he trailed the polls with only 3 percent approval. That changed when Guatemala's former president Otto Pérez Molina was arrested for being linked to the customs fraud ring dubbed "La Línea." ( Video via Univision)

Now Morales will face a run-off election against former first lady Sandra Torres, who barely took the second spot from businessman Manuel Baldizón by a little over 2,000 votes.

Interim president Alejandro Maldonado will continue to govern until January 14 when the new president will be sworn in. (Video via CNN)