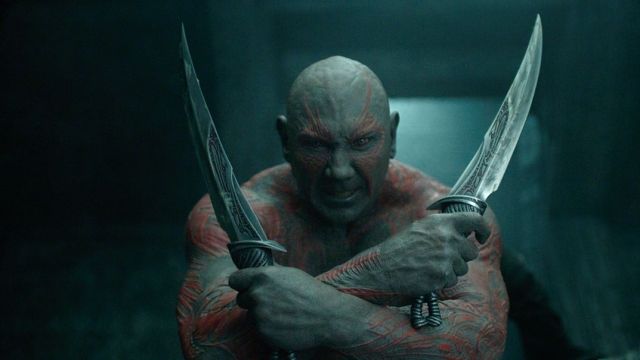 SMS
'Guardians Of The Galaxy' Might Be The Most Violent Movie Of All Time
By Ryan Biek
By Ryan Biek
October 5, 2016
A new study ranked the 10 deadliest movies since at least the 1940s.
SHOW TRANSCRIPT

Spent some time with your kids watching "Guardians of the Galaxy"? Great movie. Nice job, parents! Except you exposed your children to 83,000 on-screen deaths.

Actually, there were 83,871 deaths if we're really counting, like this new study did.

"Guardians of the Galaxy" has the most on-screen deaths of any movie going back to at least the 1940s.

Yes, 80,000 pilots die in one of the final scenes. But take all those deaths out, and "Dracula Untold" is the only one that beats "Guardians of the Galaxy."

Both movies are PG-13. In fact, seven of the top 10 deadliest movies missed an R rating.

Which begs the question, how much do these ratings mean anymore? Critics and fans have noted the ratings board seems to let movies go heavy on the blood as long as they're light on the cursing and sex.

Films may be getting more violent, too. Only one film in the 1940s had more than 50 on-screen deaths. In the '90s, that number was up to 119. We're a good deal past that in this decade, and we still have three years left.