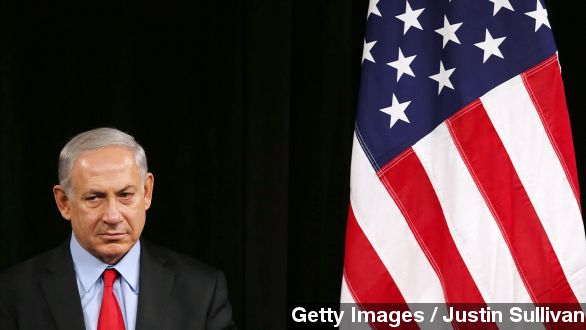 We've been hearing a lot about Israeli Prime Minister Benjamin Netanyahu's plan to speak before Congress in March, but none of it has really been all that positive.

"He snuck behind the president's back, he's brought politics into this made it out that Republicans are supporters of Israel ... Oh come on the president's just being petty," anchors debated on Fox News.

"If the visit was designed in part to boost Netanyahu's standing with his own constituents in Israel, that appears to have backfired as well," MSNBC's Chris Hayes reported.

And the bad press just keeps coming for Israel's leader.

Netanyahu's been pushing the U.S. to impose harsher sanctions against Iran so the country faces more pressure to curb its nuclear ambitions.

But that's been a sore spot for the two leaders who have opposing ideas on how to handle Iran.

"And that's why I will veto any new sanctions bill that threatens to undo this progress," President Obama told Congress during his 2015 State of the Union address.

Experts say Netanyahu's willingness to be criticized for his visit is part of his plan to show voters he's not backing down on Iran. But they warn that strategy could damage U.S.-Israeli relations so severely that support for Israel in Congress may not stay bipartisan.

Israeli politicians aren't happy about Netanyahu's speech either. The leader of Israel's opposition party said the speech, "was born in sin, as part of an election campaign endangers the security of the citizens of Israel and the special relations it has with the U.S."

But good and bad publicity aside, the controversy surrounding Netanyahu hasn't greatly impacted his standing in the polls. Currently, Netanyahu has only a slight advantage over his Labor competitors in the polls leading up to elections in March.