The World Series May Already Be Over, According To Stats (And Animals) 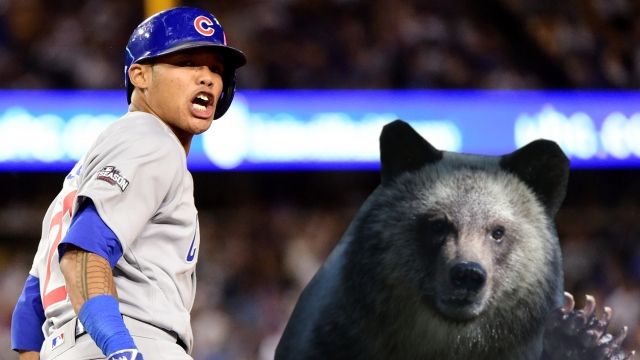 SMS
The World Series May Already Be Over, According To Stats (And Animals)
By Ryan Biek
By Ryan Biek
October 26, 2016
In a highly scientific study, two grizzly bears chose the Cleveland Indians over the Chicago Cubs.
SHOW TRANSCRIPT

So the Cleveland Indians are going to win the World Series — if you believe two Ohio grizzly bears with a taste for pumpkins.

Somehow, you have to suspend any disbelief that getting mauled by a pair of grizzlies is the definition of winning, because after last night, these bears might've been on to something.

The Indians dominated the Cubs in Game 1, winning 6-0. And for the past six years, the team that wins the first game has won the World Series.