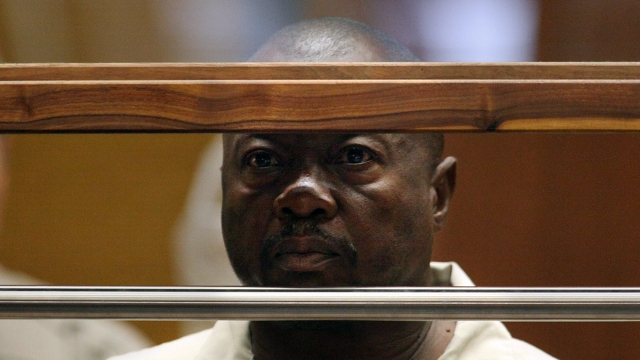 Jurors decided on the death penalty for a Los Angeles serial killer known as the "Grim Sleeper."

Last month, 63-year-old Lonnie Franklin was convicted of 10 murders dating back to 1985. Prosecutors say he targeted vulnerable black women, sexually assaulting and killing them before dumping their bodies in dumpsters or alleys.

The investigation into the Grim Sleeper murders didn't make much progress in the 1980s, partially due to the crack cocaine epidemic that plagued southern Los Angeles during that time. Community members also felt police didn't work as hard to solve the slayings because most victims were poor and black.

The killer got the nickname the Grim Sleeper because police believed he stopped killing for 14 years between 1988 and 2002.

Investigators were finally able to break open the case when Franklin's son was arrested. His DNA was similar to the genetic material found on the Grim Sleeper's victims. Police were eventually able to trace that back to Franklin.

Prosecutors alleged that Franklin killed at least five additional women, and investigators think that number could be even higher. Police found pictures of 180 women at Franklin's house, many of whom have never been found.

This video includes clips from KNBC, KTLA, ABC and HBO and images from Getty Images with music from "Candlepower" by Chris Zabriskie / CC BY 4.0