'Grey's Anatomy' Is Back To Its Old Ways, And We Love It 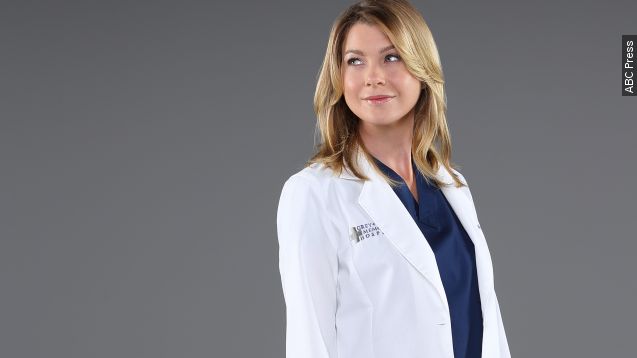 "You are about to find out that everything has changed." (Video via ABC / "Grey's Anatomy")

And just when we thought the show had jumped the shark ...

"You repulse me. You're disgusting! OH!" one patient's mother screamed as Maggie punched her in the face on "Grey's Anatomy."

Shonda Rhimes reeled us right back in with the delicious drama we know and love during Thursday night's premiere.

Amid a soundtrack of poorly done covers, Meredith and the rest of the gang are trying to adjust to life after Derrick's death. Us too friends, us too.

But the tiny bit of normalcy they've established comes crashing down when two teen girls are rushed into the ER after being hit by a train.

"We just wanted to be together. Dead or alive," one of the injured girls told Callie Torres in the ER.

Turns out, the two teens are in love.

But one girl's parents don't approve of their relationship and threatened to send her away to a camp to "fix her," so they made a suicide pact.

Their sad story sends the entire ER into a tizzy, hence the freakouts from both Callie and Maggie.

Sure, Meredith kicked off the episode by revealing everything had changed. But the docs' first case felt like old times, and we're loving it.

As a writer for E! put it, "It was business as usual for Grey's Anatomy. After last season's devastating, McDreamy-related heartbreak, we're kind of just fine with that."

And Mashable agreed, calling the premiere "a powerful return." "The 'Grey's Anatomy' you love hasn't changed a bit."

We guess the old adage is true: If it ain't broke, don't fix it. You can catch new episodes of "Grey's Anatomy" Thursdays on ABC.