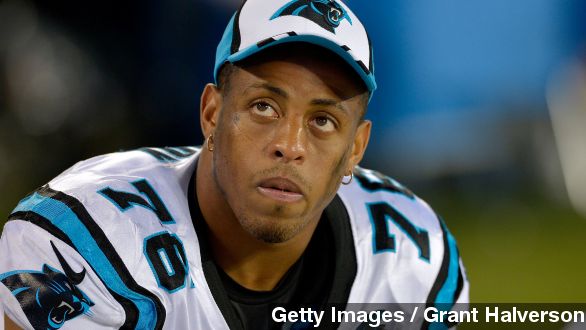 Monday, prosecutors dismissed domestic violence charges against Carolina Panthers defensive end Greg Hardy after his accuser did not show up in court.

According to The Charlotte Observer, Hardy's ex-girlfriend, Nicole Holder, agreed to a settlement, which effectively clears Hardy in the case.

The Carolina Panthers released a statement saying, "Greg remains on the Commissioner's Exempt List, and the NFL has advised us to allow it to complete its review under the Personal Conduct Policy."

"She said he choked her with both hands, dragged her by her hair, screaming he would kill her and he picked her up over his head to thrown her onto a couch covered with assault weapons," Reverend Al Sharpton said.

Given the graphic account of Holder's testimony, the NFL is in a bit of a bind. Since charges were dropped, the league will need to decide whether to still punish Hardy — and, if so, for how long?

There's a lot of discretion under the NFL's new Person Conduct Policy, and, given the tumultuous year the NFL has had...

"I got it wrong. I made a mistake. And I'm sorry for that," Roger Goodell said.

Commissioner Roger Goodell likely doesn't want the league to look like it's going too soft on Hardy.

"Roger Goodell is not a judge in a formal sense. He has discretionary power. And he could easily declare Hardy a free agent, but, then say ... for the first eight games, you're not gonna have him," ESPN's Tony Kornheiser said.

Plus, with so many variables at play, a USA Today sports writer says the NFL's new policies are about to be tested.

"Basically, everything the NFL has accomplished on the issue of domestic violence over the past six months will be brought to bear on Hardy's case."

Hardy played only one game for the Panthers last season and was placed on the commissioner's exempt list, but he was still paid $13.1 million as part of the league's new collective bargaining agreement.

Hardy becomes a free agent March 10. The Panthers aren't expected to re-sign him, but there'll likely be a pool of teams interested in picking him up — suspension or not.