Greece Votes 'No,' But What That Means Is Anyone's Guess 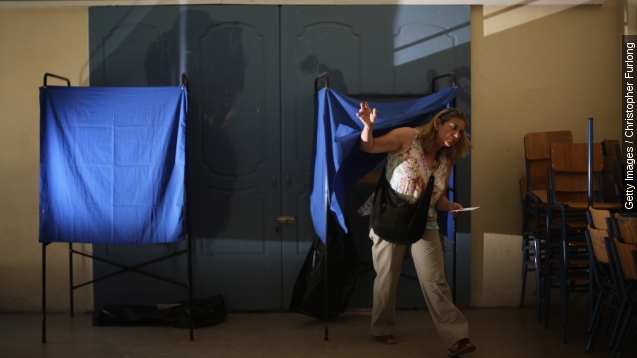 The Greek people have voted 'no' in a closely contested referendum, but what exactly that means is kind of up for debate.

The language of the referendum has been widely criticized as confusing, and the offer the Greeks have voted to reject, isn't even on the table anymore.

Which means the vote is largely symbolic — with analysts saying a 'no' vote signifies the Greek people rejecting the eurozone and its imposed austerity. (Video via RT)

What happens next is up in the air, but with a "no" vote, many seem to think Greece leaving the eurozone is inevitable, which would lead Greece to switch currencies. (Video via Deutsche Welle, European Central Bank)

But the vote was also practically a referendum on Syriza, the country's governing party, with several Syriza officials, including Prime Minister Alexis Tsipras and Finance Minister Yanis Varoufakis, pledging to step down if the country voted "yes." (Video via Press TV)

Those two haven't had the coziest of relationships with the European establishment, so if they remain in power, it's hard to see Greece and the eurozone working things out. (Video via Mega Channel)