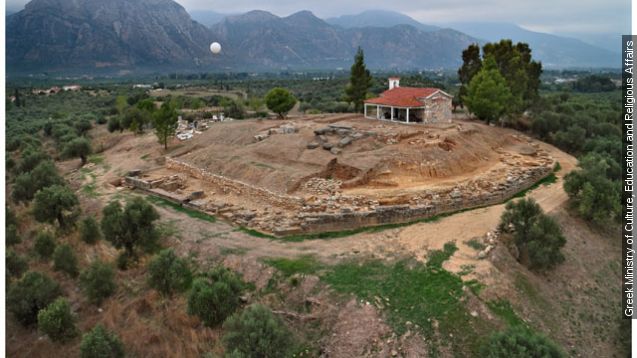 SMS
Greece Uncovers Ancient Palace; Hopefully It Won't Be Looted
By Jake Godin
By Jake Godin
August 28, 2015
Greece has uncovered ancient ruins that may be linked to Sparta in the time of the ancient Mycenaean civilization.
SHOW TRANSCRIPT

So archaeologists in Greece have found some ruins, but these aren't just any ruins.

Archaeologists discovered what may be a Spartan palace from the ancient Mycenaean civilization.

Tablets written in Linear B script, the earliest known written language of the Greek people, were discovered within the 10-room palace.

Other parts of Mycenaean Greece have been discovered before, but this would be the first palace to be discovered near Sparta — making it a big find.

An archaeologist who studies the Mycenaean culture told LiveScience the find will fill a big gap in the world's knowledge of Mycenaean Greece, which mysteriously disappeared around 1100 B.C.

The find comes at a delicate time for both the cash-strapped Greek government and its citizens. (Video via European Commission)

And according to National Geographic, some of those citizens are turning to looting ancient Greek sites as a potential income source. (Video via European Commission)

Here's to hoping Greece is able to beef up the security around the new Sparta site to keep out any would-be artifact thieves.

This video includes images from the Greek Ministry of Culture, Education and Religious Affairs.