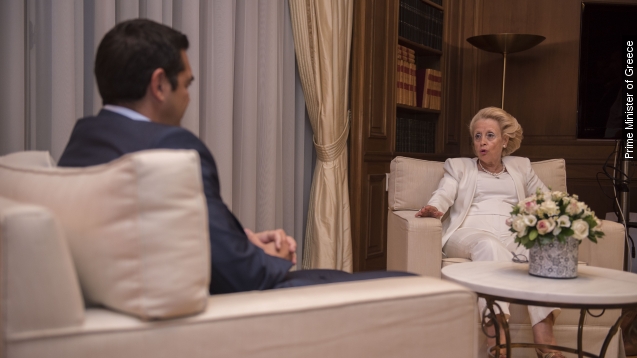 When Vassiliki Thanou was sworn in as Greece's prime minister she became the first woman to hold that post. Before this, she was a supreme court judge.

But she won't be prime minister for long — she was appointed to head the government until Greece can hold snap elections in about a month — probably on September 20. (Video via ERT)

This comes a week after Greece's former prime minister, Alexis Tsipras, resigned from his post to force elections. Most predictions say he will likely be reelected, and he's hoping that will give him a mandate on accepting bailout terms on Greece's debt.

But the popularity of Tsipras' Syriza party may be waning. A recent poll for a Greek TV channel put support at 24 percent. According to the BBC, that's down 10 percent from July.

Even though Thanou is just the interim prime minister, she takes the reigns at a challenging time for Greece. Unlike Tsipras, she is openly against austerity measures.

This video includes images from the Prime Minister of Greece.