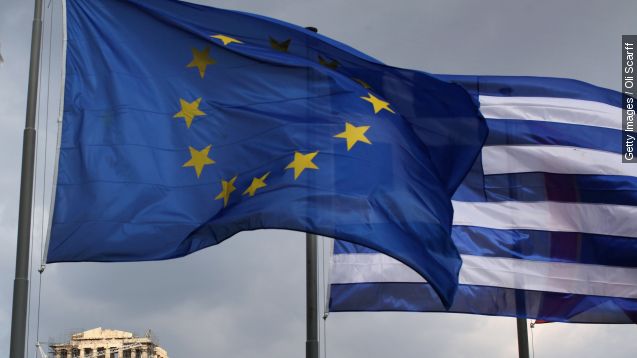 After a full night of negotiations in an Athens hotel, Greece has reached a technical agreement on a new bailout plan with its international creditors.

According to multiple reports, if the plan goes through, it could be worth upwards of 86 billion euros to Greece over the next three years. (Video via European Union)

But this is a just a "technical" agreement, meaning the plan still needs political approval. Greece's finance minister will have to try to push this deal through Parliament.

And he'd better work quickly – Greece has a $3.2 billion payment to the European Central Bank scheduled for Aug. 20. (Video via CNBC)

Failing to get a bailout approved and subsequently missing its payment could result in the country leaving the eurozone and filing for bankruptcy.

Initial reports say some aspects of the deal include phasing out early retirement, agreeing to recapitalize banks and reviewing the Greek social welfare system.

The details of the agreement haven't been confirmed by the EU just yet. A spokeswoman for the European Commission told The New York Times, "Nothing is agreed until everything is agreed."