Greece Has A Deal, But The Crisis Is Far From Over 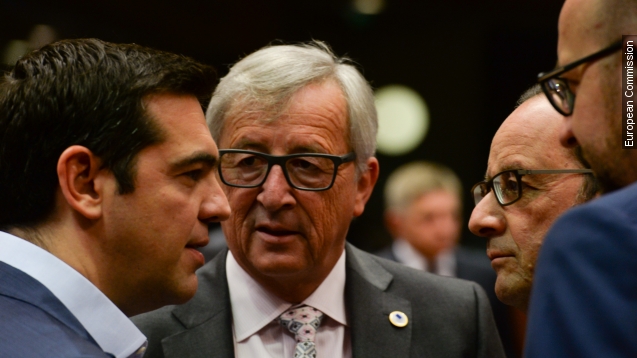 The eurozone has come to an agreement with Greece, but the crisis is far from over. (Video via European Commission)

After marathon negotiations, EU President Donald Tusk announced the agreement, which would see up to 86 billion euros of much-needed financing for Greece.

But that money comes in exchange for reforms the Greek government is required to make, and that may be a hard sell.

Because now, after all those negotiations, Greek Prime Minister Alexis Tsipras has to convince his parliament to accept a lot of the conditions he's spent the past months campaigning against. (Video via Parliament of Greece)

Members of his own party have already spoken out criticizing the deal, using the hashtag #thisisacoup, including Syriza's UK spokesperson.

And other critics have accused Germany, which has driven the hardest line in the negotiations, of trying to humiliate Greece throughout the process.

A Washington Post writer even tweeted, "At least they still get to call it Greece."

Still, given the fact Greece needs this money to keep its economy from crashing further, it wouldn't be too surprising if the Greek parliament accepts.