2 Mysterious Chambers May Have Been Found In The Great Pyramid 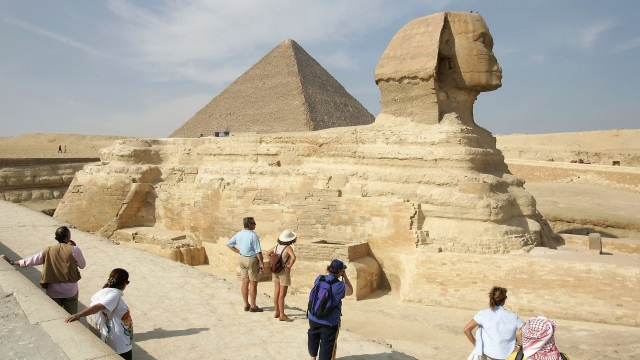 SMS
2 Mysterious Chambers May Have Been Found In The Great Pyramid
By Ryan Biek
By Ryan Biek
October 18, 2016
Researchers used imaging technology to basically look from the outside in.
SHOW TRANSCRIPT

But they haven't been able to confirm it with their own eyes. Using laser scanning, infrared imaging and other non-invasive techniques, the researchers were basically able to peer from the outside in.

SEE MORE: Is Queen Nefertiti Hiding Out In Tutankhamun's Tomb?

The cavities don't appear to be related, and the scientists don't know their exact size, let alone what they were used for.

Hidden rooms have long fascinated many researchers, some have whom have suggested things like Queen Nefertiti's lost tomb being hidden in a room behind King Tut's burial chamber.

Egypt's former minister of antiquities is reviewing the findings but thinks the two newly found "rooms" aren't rooms at all — just oddities in the structure.