The Great Barrier Reef Isn't Dead (Not Yet, At Least) 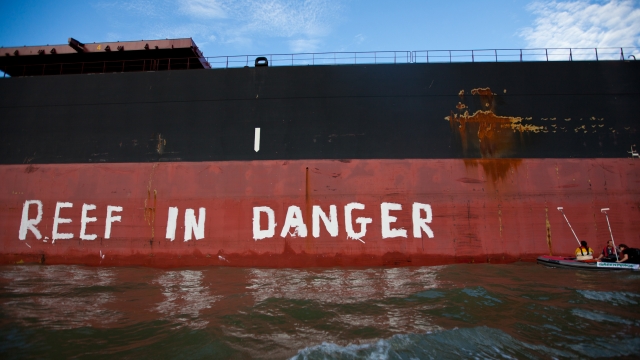 You might have heard the Great Barrier Reef is dead — it's not. At least, not according to scientists.

Rowan Jacobsen wrote an obituary for the 25-million-year-old reef early this week.

The problem: People believed it. Not only did that article make its rounds, but a ton of click-bait spinoffs also claiming the reef died took over social media, too.

We know the world's largest coral reef isn't in tip-top shape, but we don't need to plan a funeral for it just yet.

That's not to say there isn't room for worry. Reports show that over the past three decades, almost half the reef's coral has vanished. That decline has to do with a variety of things, and most of them can be traced back to humans.

Warming ocean temperatures due to climate change have seriously increased rates of coral bleaching. This year, the reef has experienced the worst coral bleaching in recorded history.

Coastal developments and pollution have also had harmful effects.

But there is some hope. Scientists say tighter controls on pollution could help the corals survive.

For now, Rowan's obituary is unnecessary. But the Great Barrier Reef's future could be short if changes aren't made soon.