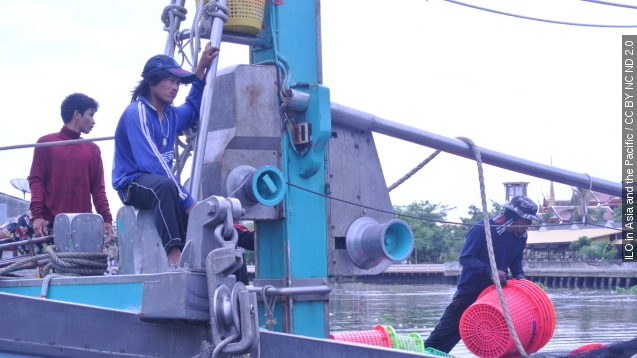 Authorities in Malaysia have found 139 graves at more than 25 different abandoned camps.

They're suspected to be filled with the bodies of Muslim migrants caught up in the human trafficking trade along the Thai border.

Malaysian state news agency Bernama reports the graves are still being exhumed. This will determine if they're "Rohingya refugees or Bangladeshi victims of human traffickers."

The Rohingya, a predominantly Muslim ethnic group from Myanmar, have been described as one of the most persecuted refugees in the world.

CNN reports Thai police have found human trafficking graves and camps on their side of the border as well, which has prompted "a crackdown" on smuggling by land. That has in turn "intensified the crisis at sea." (Video via CCTV)

"Boats carrying the migrants from Myanmar and Bangladesh have chosen to stay away from the shore, deepening the plight of the people crammed on board."

According to the BBC, the traffickers would typically take migrants to Thailand by sea, then to Malaysia by land. Since the crackdown, traffickers are using just sea routes instead.

As The Economist notes, officials have turned a blind eye to the trafficking for years. That is, until the bodies started turning up.

No arrests have been made in connection with the 139 graves found.