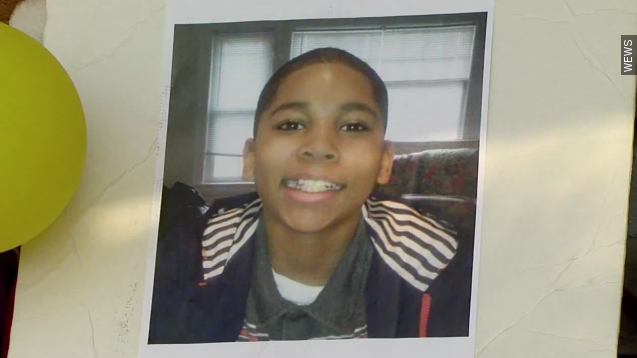 SMS
Grand Jury Says Officer Who Shot Tamir Rice Won't Face Charges
By Jamal Andress
By Jamal Andress
December 28, 2015
More than a year after 12-year-old Tamir Rice was killed on a Cleveland playground, a grand jury has said it will not indict Rice's shooter.
SHOW TRANSCRIPT

"The death of Tamir Rice was an absolute tragedy. It was horrible unfortunate and regrettable, but it was not by the law that binds us, a crime," said Cuyahoga County Prosecutor Timothy McGinty.

More than a year after 12-year-old Tamir Rice was killed on a Cleveland playground, a grand jury has decided not to indict Rice's shooter, officer Timothy Loehmann.

Loehmann responded to a 911 caller who said a young man was playing with a weapon and pointing it at people outside of a local recreation center. The caller also mentioned the gun was probably a toy, but that information was reportedly not given to Loehmann. (Video via WEWS)

"It would be unresponsible and unreasonable if the law required a police officer to wait and see if the gun was real," McGinty said.

An attorney representing the Rice family also released independent reports claiming the opposite. There was also a municipal court judge in Cleveland who recommended Loehmann be charged.

A statement from the attorneys representing Tamir Rice's family says in part: "Tamir's family is saddened and disappointed by this outcome — but not surprised. ... The way Prosecutor McGinty has mishandled the grand jury process has compounded the grief of this family."