Grammys Will Air Broadway's 'Hamilton' (Because We Can't Get Tickets) 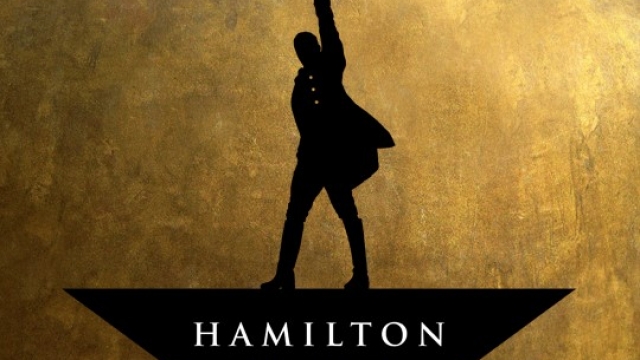 The Grammys are generally one of those award shows that rival a collaboration concert like the Jingle Ball with a never-ending list of pop-star performances. But a Broadway musical? Not so much.

Until this year. The Recording Academy announced Wednesday morning that the cast of the hit Broadway show "Hamilton" will perform at this year's Grammys. It just won't be at the Grammys.

It's one of only four times the award show has included a live performance via satellite and just the eighth time a theatrical production has been featured on the show. So, sadly, Grammy attendees won't be in the room where it happens.

This will be the first time in over five years that a Broadway show has performed at the Grammys. The most recent one was "American Idiot" in 2010.

"Hamilton" has become an overnight sensation thanks to its hip-hop and R&B approach to telling American history.

The star, Lin-Manuel Miranda who plays Alexander Hamilton, says there are DMX, Biggie and Dr. Dre references in the show, which has a predominantly black and Latino cast.

"I started reading Ron Chernow's biography of Alexander Hamilton in 2008. By the end of the second chapter, I realized hip-hop was the only way to tell his story. It is a story about someone who rises and falls on the strength of facility with their words," Miranda said.

And we should be grateful this popular performance is at the Grammys because tickets for this show are so difficult to get. Evening performance tickets for "Hamilton" aren't available until November of this year.

The ticket-scalping issue has apparently become such a problem that producer Jeffrey Seller requested on the show's website that theatergoers stop buying from third-party vendors.

But you can avoid all of that by watching the 58th Annual Grammy Awards Feb. 15 on CBS.