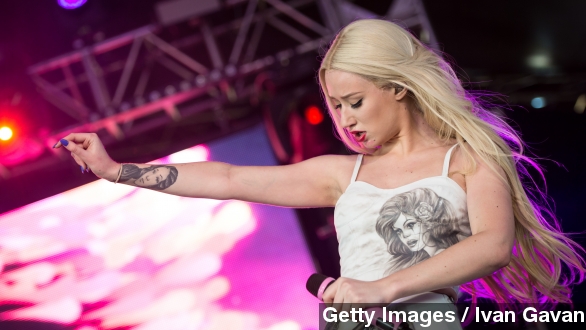 It began on CBS as artists Ed Sheeran and Pharrell Williams told Charlie Rose and crew this year's picks for the first four categories.

"OK, 'Ghost Stories' by Coldplay, 'Bangerz' by Miley Cyrus, 'My Everything' by Ariana Grande ... " Williams said.

Unlike previous years when a concert event revealed the list, Friday's nominations will be an all-day marathon. After the morning show ended, musicians on Twitter began announcing other nominations via video.

"Hey I'm Jared Leto, and I'm very proud to be presenting to you the nominees for best rock album," said Leto.

The artist formerly known as country star Taylor Swift sealed her transition into pop music with three nominations for "Shake It Off": record of the year, best pop solo performance and song of the year.

We know what you're thinking: No, Taylor Swift's "1989" was not snubbed, it just wasn't released in time to be eligible for the Grammys. Several media outlets were quick to point this out.

And when it comes to country, Miranda Lambert and Eric Church cleaned up with three nominations each for best country song, best country album, and in best country duo or group.

Finally, there's one extra award to hand out. Even though the Grammy committee only awarded Queen Bey one nomination this year, Billboard announced she just surpassed Dolly Parton as the most-nominated female artist in the industry.

The nominations will continue to roll out before wrapping up with the top honor, album of the year, Friday night. That selection will be revealed during the airing of "A Very Grammy Christmas" on CBS beginning at 9 p.m. Eastern.

This video includes music from Broke For Free / CC BY 3.0.