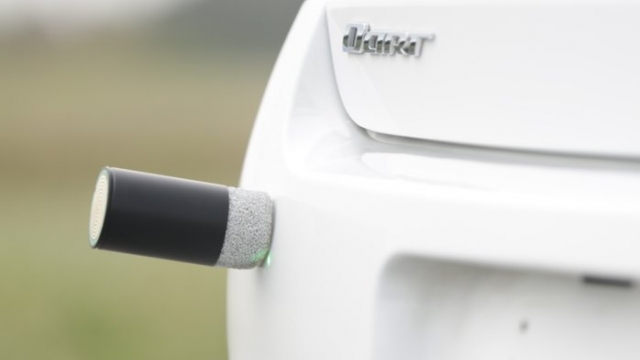 Law enforcement agencies are starting to roll out GPS bullets they can shoot at vehicles to avoid getting involved in high-speed chases.

The GPS tracker sounds like it belongs on the Batmobile, but it's actually a real thing made by a company called StarChase.

The nonlethal device launches out of the grille of a police cruiser and attaches to a suspect's car with adhesive. Officers can then track it on a mobile device or laptop, which means the officers don't have to get involved in a dangerous high-speed chase.

It does have its drawbacks, though. The device only tracks the car, so police could lose track of a suspect if the car is abandoned. Plus, at $5,000 per unit, it's not cheap.

A spokesman for the Milwaukee Police Department said the device has successfully attached for its officers about half the time, and the department expects that to improve with practice.

The president of StarChase says fewer than 100 police departments are using the device, but they are working to expand its reach.

This video contains clips from StarChase and 20th Century Fox / "Batman: The Movie" and images from Twitter / @StarChaseLLC.