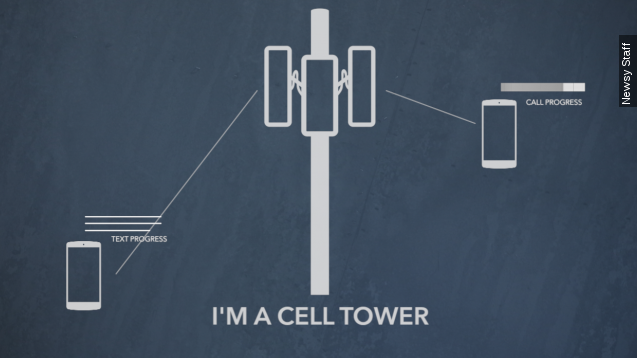 Federal law enforcement is getting tighter restrictions on its secretive stingray devices. For the privacy-minded, that’s good news because these stingrays are designed to target our phones.

First: Stingray is a brand name from the Harris Corporation that’s come to represent a general class of cellphone monitoring device called a cell-site simulator. Think Kleenex or Band-Aid but for surveillance hardware. (Video via Harris Corporation)

Stingrays are briefcase-sized boxes that imitate cell towers and force nearby phones to connect to them rather than the legitimate receivers. They can track a given phone’s location in real time and access any calls, texts and other data it sends.

And even if law enforcement employs them only during criminal investigations, the nature of their broadcasts and reception means data from other phones can still get swept up along the way. (Video via KPIX)

Any federal agencies need a warrant before they can turn a stingray on during a criminal investigation.

And when federal agents use a stingray to locate a mobile device, they’ll typically have to delete any data collected during the search as soon as they find it, or once a day, whichever comes first.

The Justice Department writes, "This new policy ensures our protocols for this technology are consistent, well-managed and respectful of individuals’ privacy and civil liberties."

It’s starting to roll back what the Electronic Frontier Foundation calls "an inexplicable and indefensible level of secrecy" around the devices.

The FBI has made local law enforcement groups sign nondisclosure agreements concerning their use of stingrays, for example.

And emails obtained by the ACLU show federal agencies even asked local police forces to tell judges they get data from "confidential sources" rather than saying it comes from stingrays.

That’s another issue: while the new policies are expected to help with transparency at a national level, rights groups say local law enforcement still have a stingray problem. (Video via WMAR)

In Indiana, police have declined to release stingray records, saying they pose a terrorism risk.

Thus: while the EFF has welcomed the new federal regulations, it says more is needed. It’s calling for similar warrant rules across all 50 states.