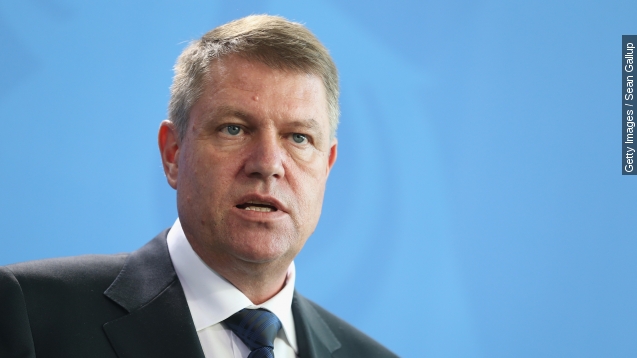 SMS
Government Resignations Fail To Appease Romanian Protesters
By Eugene Daniels
By Eugene Daniels
November 5, 2015
Romania's Prime Minister and the mayor of Bucharest both stepped down after the government was blamed for a nightclub fire that killed 32 people.
SHOW TRANSCRIPT

Romanian President Klaus Iohannis is hoping to appease tens of thousands of protesters in Bucharest demanding change to corruption and inadequacy in their government.

He said, "I have a message for the protesters: I saw you, I heard you, I will take into account your demands."

The protests stem from a nightclub fire that killed 32 people last week. Safety regulations at the club weren't followed, and yet local authorities still granted the club permits. (Video via Al Jazeera)

Protesters have been on the streets since Tuesday. This has led to two resignations –– Romanian Prime Minister Victor Ponta and the mayor of Bucharest.

In his resignation announcement, Ponta admitted at least some of the blame belongs with the government, saying the people "have a legitimate wish to extend the responsibility beyond the owners of the nightclub."

But the protesters aren't just looking for resignations. The concern is those politicians will just be replaced with more of the same.

One of the protesters told The New York Times, "We are out because there is a corruption of the whole political class and we desire a better future. ... We are tired by them, disgusted by them."