Government Data Breach Looks A Lot Like Past Chinese Hacks 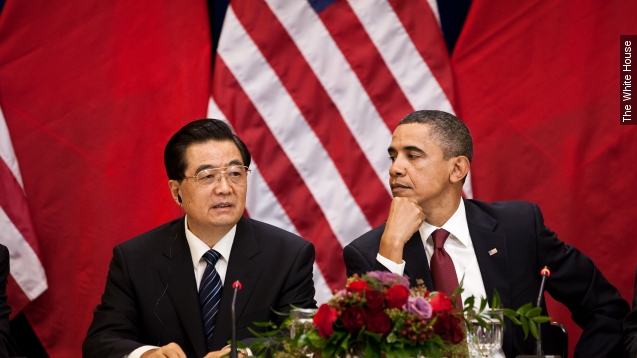 SMS
Government Data Breach Looks A Lot Like Past Chinese Hacks
By Evan Thomas
By Evan Thomas
June 5, 2015
A breach at the U.S. Office of Personnel Management is alleged to be the work of state-sponsored actors in China, and the patterns support that claim.
SHOW TRANSCRIPT

An April cyberattack at the Office of Personnel Management could have affected records for as many as 4 million current and former government employees.

"It's thought they gained access in December, but it wasn't until April that the breach was discovered, and senior officials in Washington are pointing the finger of blame at China," Sky News reported.

"Sources are telling us is a massive Chinese hack of U.S. government computers," NBC reported.

"U.S. officials speaking to us on condition of anonymity say that Chinese hackers — they allege they were indeed from China, believed to be linked to the Chinese government — got into the computers of the U.S. Office of Personnel Management," Bloomberg reported.

While the government has not placed official blame yet, researchers say whoever was responsible used familiar tools and methods.

Security firm iSight says the attack bore hallmarks of the one Anthem health insurance suffered in February, which was also pinned on state-sponsored actors in China. (Video via NBC)

Researchers suspect attackers gained access to the OPM the same way they did Anthem and Premera insurers: by setting up false websites "to trick employees at the three organizations to let hackers inside the systems."

But China has denied such allegations, pointing out international attacks are difficult to track and identify. A Chinese Embassy spokesperson warned, "Jumping to conclusions and making hypothetical accusation(s) is not responsible and counterproductive." (Video via RT)

The incident is unlikely to shore up the U.S.' rocky relationship with China's cyberwarfare division.

U.S. officials implicated China in a lesser breach at the OPM less than a year ago.

And last year, the Justice Department indicted five Chinese military officials for their roles in industrial espionage, which, according to The New York Times, effectively stalled U.S.-China relations on cybersecurity. (Video via C-SPAN)

"For the past three years, Mr. Obama has been trying to move the subject of cyberattacks to the center of the American-Chinese relationship."

The latest in a recurring U.S.-China Strategic and Economic Dialogue is scheduled for later in June, where cybersecurity is expected to be a hot topic of discussion.

In the meantime, the OPM says it will offer credit monitoring and identity theft protection to affected employees.

This video includes images from The White House.