Gorillas Sometimes Hum When They Eat, And Researchers Want To Know Why 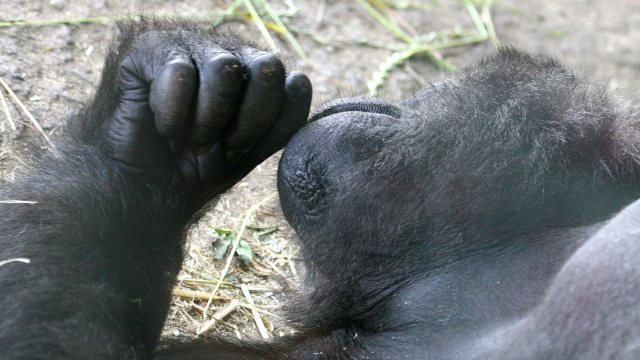 SMS
Gorillas Sometimes Hum When They Eat, And Researchers Want To Know Why
By Samantha Crook
By Samantha Crook
February 25, 2016
Why do gorillas sometimes sing and hum at mealtime? A new study gives us a few clues.
SHOW TRANSCRIPT

Gorillas sometimes hum and sing while they eat, and a new study could help scientists figure out why.

Researchers recorded a group of wild western lowland gorillas during meal times to capture these noises.

One researcher told New Scientist: "They don't sing the same song over and over. It seems like they are composing their little food songs."

The study, published in PLOS One, found older males had a higher chance of vocalizing while eating. They also found the gorillas made the noises more while munching on certain foods, like flowers or seeds.

There's still not a lot known about gorillas' food sounds, but the researchers speculate that they could play some kind of social role. For instance, the older males might be letting everyone know it's meal time.

Or they could be making the noises because they like what they're eating.

This video includes a clip from The Cincinnati Zoo & Botanical Garden and images from Kev Chapman / CC BY 2.0 and Kabacchi / CC BY 2.0.