GoPro's Awards Are Part Of A Genius Moneymaking Strategy 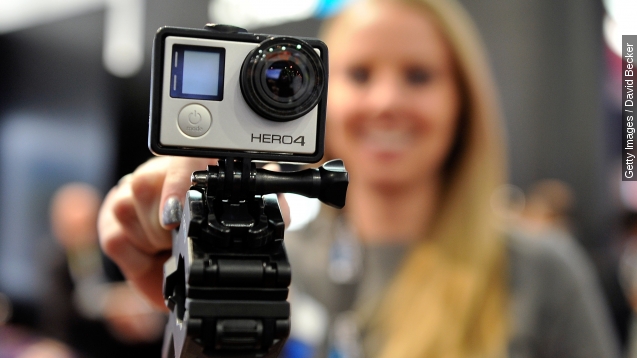 SMS
GoPro's Awards Are Part Of A Genius Moneymaking Strategy
By Leah Becerra
By Leah Becerra
October 14, 2015
The GoPro Awards aren't just a sweet deal for winners — the company stands to make a lot of money off licensing submissions.
SHOW TRANSCRIPT

GoPro is making its licensing platform for user-generated video even more attractive to those who use the company's tiny cameras. (Video via GoPro)

And in the process, it's continuing to stock what could be a wildly profitable venture for the company —  and maybe for users, too. (Video via GoPro)

When GoPro Licensing launched in July, it featured a few hundred videos shot by amateurs and professionals. But other users could also upload their clips and make a few bucks in the process.

At the time, the price to use one video started at $1,000. And it's still not clear what portion of that fee the user gets.

But now, thanks to the GoPro Awards there's a quick-money aspect involved in submitting videos and still images.

GoPro will give award-winners up to $5 million annually. Users can win $500 per photo. Video submissions can either be entered as raw (unedited) clips and win $1,000 or as fully edited videos, which can bring home $5,000. (Video via GoPro)

Either way, it's clear the GoPro Awards stand to make users a lot more money than simply licensing content through GoPro. But entering the contest still means content is licensed.

Just read the fine print: "You grant to GoPro and its licensees, successors and assigns a worldwide, non-exclusive, perpetual, irrevocable, fully paid-up, royalty-free, right and license, with the right to sublicense." And it just goes on from there.

Users still get to keep "all right, title and interest" for the content, and they'll still get a cut if, say, an agency decides to purchase the vid from GoPro Licensing. (Video via GoPro)

But at the end of the day, GoPro Awards is just a way for the company to get their hands on more (free) user-generated content, that it can sell for profit — all from the comfort of GoPro's HQ in San Mateo, California. (Video via GoPro)