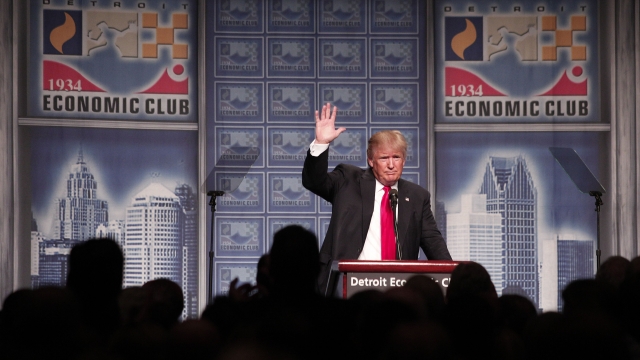 Fifty former Republican security officials and foreign policy experts signed a joint statement to say Trump "would be the most reckless president in American history."

The statement says Trump "weakens U.S. moral authority as the leader of the free world. He appears to lack basic knowledge about and belief in the U.S. Constitution, U.S. laws, and U.S. institutions, including religious tolerance, freedom of the press and an independent judiciary."

The signers worked under Republican presidents from Richard Nixon through George W. Bush. That range of experience is something Trump referenced in his reaction statement.

Trump responded, "The names on this letter are the ones the American people should look to for answers on why the world is a mess, and we thank them for coming forward so everyone in the country knows who deserves the blame for making the world such a dangerous place."

Trump's response also implicated Clinton in that "mess." The GOP signers did say that many of them have doubts about Clinton, but that "Donald Trump is not the answer."