GOP's Main Question For Loretta Lynch: Are You Eric Holder? 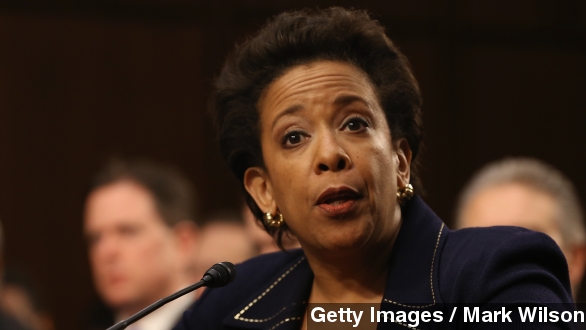 Republicans have one question for Attorney General nominee Loretta Lynch: are you Eric Holder?

"How do we know you’re not going to perform your duties of office as attorney general the way Eric Holder has performed his duties?" Texas Sen. John Cornyn asked.

“Senator, if confirmed as attorney general, I will be myself. I will be Loretta Lynch,” Lynch said.

"How would your tenure as attorney general differ from that of Eric Holder’s?” Texas Sen. Ted Cruz asked.

“Let me just stipulate, you’re not Eric Holder, are you?” Cornyn said.

For six years, Eric Holder has been an archenemy of Capitol Hill's conservatives.

On Obamacare, on the Fast & Furious scandal and on voting rights, the GOP sees him as a political arm of the Obama White House. And Republicans want to make sure Loretta Lynch won't carry his torch.

At her Senate hearing Wednesday, she assured them she wouldn't.

“No, Senator, that would be a totally inappropriate view of the position of attorney general,” Lynch said.

On at least one prominent policy, Lynch does differ from both the Obama White House and Eric Holder: she says she's not open to legalizing marijuana — and that legalization won't be policy under her tenure at the Justice Department.