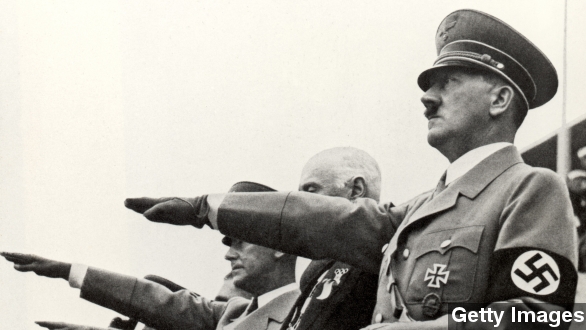 One Republican lawmaker might've crossed the line when he criticized President Obama after his administration's notable absence from the unity march in Paris, France Sunday.

A day after the march, he tweeted, "Even Adolph [sic] Hitler thought it more important than Obama to get to Paris. (For all the wrong reasons.) Obama couldn't do it for the right reasons." That tweet has since been deleted.

Weber's most likely referring to Hitler's only tour of the German-occupied France, in which the Nazi leader destroyed two World War I monuments. (Video via The History Channel)

Weber later said in a statement, "It was not my intention to trivialize the Holocaust nor to compare the President to Adolf Hitler. The mention of Hitler was meant to represent the face of evil that still exists in the world today."

There's been no shortage of criticism aimed at the Obama administration for not sending a high-level representative to Paris following two separate attacks by gunmen.

"That was a stunning absence. Just look at the pictures from the unity march," NBC's Andrea Mitchell said.

"How could Obama not be there?," John Stewart asked.

"I think it's fair to say we should've sent someone with a higher profile," White House Press Secretary Josh Earnest said.

And in a show of solidarity, Republicans have piled on for the administration's admitted misstep. Sen. Ted Cruz and former Arkansas Governor Mike Huckabee both wrote op-eds to express their displeasure with the administration — but nobody went as far as Weber.

The French ambassador to the U.S. said Obama visited the country's embassy after the attacks, adding the French have "felt the support of the Americans."