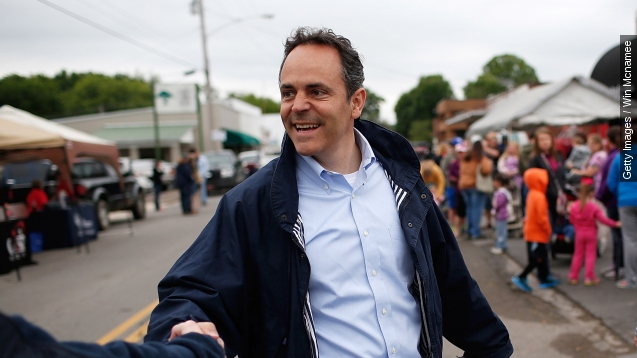 For only the second time in more than 40 years, Kentucky has a Republican governor.

The victory is a big win for Republicans, who've managed to win Kentucky's federal elections but haven't had much luck electing state officials. It's also a good sign for the party's national platform; opposition to President Obama's signature health care law was a central plank of Bevin's campaign.

Bevin's win could jeopardize the legacy of current Governor Steve Beshear, whose term limit runs out this year. Beshear's vigorous support of Obamacare, expanding Medicare and setting up a state-run insurance exchange, could all be undone by Bevin.