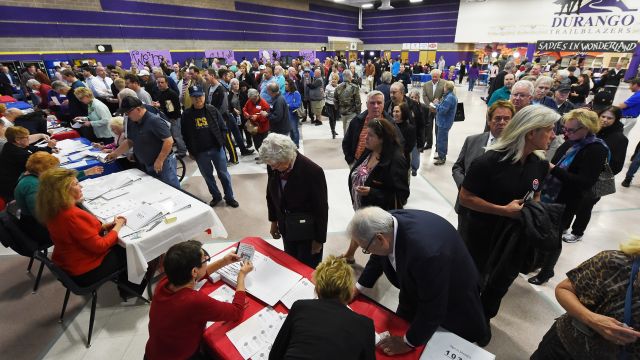 SMS
GOP Nevada Caucus Marked By High Turnout, Confusion
By Matt Picht
By Matt Picht
February 23, 2016
Voters turned out in droves for the Nevada GOP caucus — and some reports suggest the state's party wasn't prepared to handle it.
SHOW TRANSCRIPT

Polling places were swamped by a larger-than-expected turnout, creating long lines and a shortage of ballots.

And irregularities were reported at several locations around the state — including lax voter ID checks, double voting and polling staff wearing Trump-branded gear.

Right now those reports are anecdotal, and the state GOP says the chaos is limited. But any voting irregularities might lead to a challenge of the caucus' eventual results.

This video includes images from Getty Images and video from KSNV and Fox News.