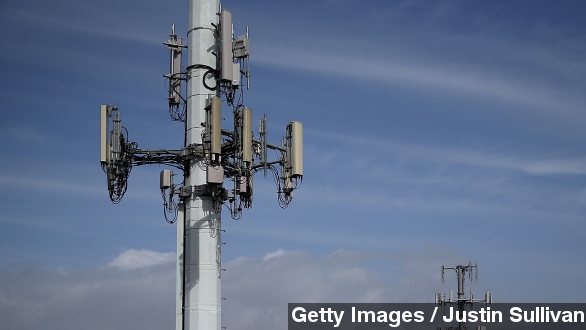 SMS
Google Wireless Service Could Put Pressure On Carriers
By Evan Thomas
By Evan Thomas
January 22, 2015
If Google really is getting into the wireless carrier game, it could help drive down prices and improve services from other players in the space.
SHOW TRANSCRIPT

Google is said to be preparing its own wireless carrier offerings.

The Information reported Wednesday on Google’s plans for "Nova," a branded service on Sprint and T-Mobile’s networks. Under the agreement, Google would offer its own voice and mobile data plans on network capacity it purchased wholesale from the other carriers.

The arrangement would make Google a Mobile Virtual Network Operator, or MVNO. It would pay those carriers for the use of their towers, rather than building any of its own infrastructure.

This is the latest version of a rumor that's rolled around the Internet for years. The Information even ran a similar story just last April.

GigaOM calls it "a story that’s been 'evolving' for the better part of the decade."

But there might be something to the rumors this time. A subsequent Wall Street Journal report goes a step further, saying the deal is inked. It seems Sprint, at least, is looking for more customers. (Video via The Wall Street Journal)

"Sprint executives are betting that the boost from an influx of new Google customers outweighs the risk that the Internet search giant will learn too much about the ins and outs of the wireless business."

Google’s plan does seem to be disruption rather than full-fledged competition with the big carriers.

Much like its Google Fiber broadband service, Nova seems intended to pressure the rest of the wireless industry into cutting its prices and improving its services.

Android Police writes, "a Google-led cell phone service could drive prices down and give Google control over distribution and software of their (and other OEMs') devices."

The Information's report says a launch this year is likely.