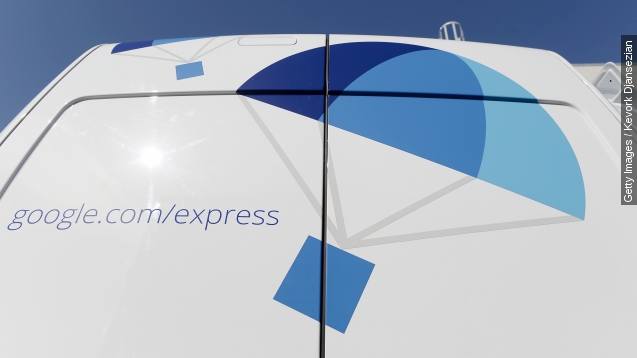 SMS
Google To Expand Its Fresh Food Delivery
By Ryan Biek
By Ryan Biek
September 8, 2015
Google announced it will begin testing a new grocery delivery service within the year, with an emphasis on fresh items.
SHOW TRANSCRIPT

Soon Google won't be the middleman you only search for grocery delivery through. The company has announced it'll begin testing a new grocery delivery service of its own this year in two U.S. cities. (Video via Google)

The general manager of Google Express told Bloomberg, "It's in our incentive, as well as the merchant's incentive, for us to help customers get the full store delivered to them."

Google's Express service already offers deliveries, but this new trial sees the company expanding more into fresh food, which moves the service away from warehouses and adds the complexity of refrigeration.

Whole Foods and Costco are reportedly some of Google's partners in the new service.

As well as the startup Instacart. (Video via CNBC)

The online grocery industry last year raked in almost $11 billion in revenue, but only 8.5 percent of that was retained as profit. Perishable items represented one of the biggest costs to companies.

But Google may really have no choice but to invest more in its delivery program. An industry analyst told The Washington Post if a company were to "miss the boat now, then they're going to be in a pretty bad position."

Google Express already delivers to a handful of major cities.