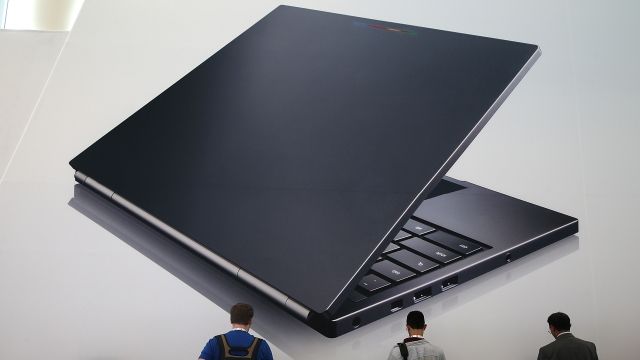 Google is once again reaching out a helping hand all the way across the globe. This time in the form of Chromebooks.

Google's calling it Project Reconnect. And the company hopes it does just that –– reconnects refugees in Germany with their old life.

The philanthropic arm of the tech giant announced it's donating $5.3 million to the cause to partner with nonprofits to distribute 25,000 Chromebooks. (Video via Google)

The director of Google.org wrote in a blog post: "As they make it through a dangerous journey, the first thing refugees need is to find shelter, food and access to care. But soon enough, they have to learn the local language, acquire skills to work in a new country and figure out a way to continue their studies — all in an effort to reclaim and reconnect with the lives they had before."

Wired reports the devices won't be handed out to individuals but will be used in Internet cafes and for other educational events.

This isn't Google's first effort to pitch in overseas. Last fall, the company pledged to match donations to nonprofits providing food and shelter to refugees in need. The company also launched Crisis Info Hub, a mobile site with information about lodging, transportation and more.

Google hopes the first Chromebooks will be up and running in Germany by March.