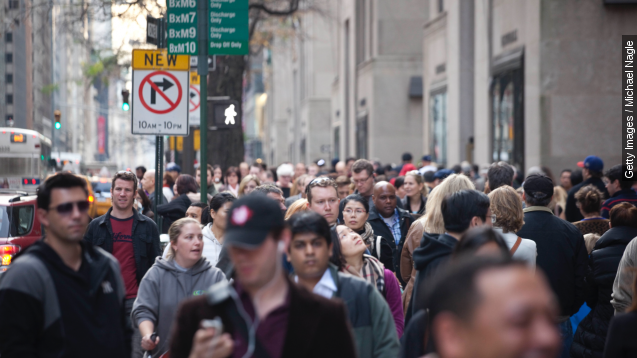 Google wants to make cities more efficient — so it's throwing a company at the problem.

Its new startup Sidewalk Labs will be devoted to solving the growing pains of cities as more and more people move to urban areas.

"Making long-term, 10X bets like this is hard for most companies to do, but Sergey [Brin] and I have always believed that it's important."

In a press release on Sidewalk’s website, Doctoroff said, "We hope that Sidewalk will play a major role in developing technology products, platforms and advanced infrastructure that can be implemented at scale in cities around the world."

Google plans to tackle issues, such as improving governmental operation, cutting down on energy usage and increasing transportation efficiency.

That's a broad mandate, but if there's a company equipped to handle it, it's probably Google. It already runs apps and services designed to improve urban living — such as Waze and Google Maps — and has experience developing and investing in efficient energy solutions. (Video via Google)

These issues will be increasingly important in the next decades. The U.N. estimates 60 percent of the world population — some 5 billion people — will live in urban areas by 2030. It's a lot of people to keep fed, transported, employed and healthy. (Video via ABC)

And according to the U.N., food and energy infrastructure especially is already lagging. Food production might need to increase by 70 percent worldwide through 2050 to keep pace with urban hunger. (Video via The United Nations)

It's not clear what problem Google might give Sidewalk Labs first. The company has yet to announce when the new division will get down to business.