Google's Next Android OS Is Named After A Campfire Favorite 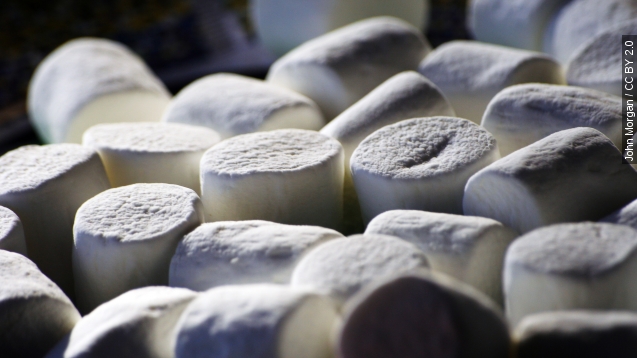 SMS
Google's Next Android OS Is Named After A Campfire Favorite
By Leah Becerra
By Leah Becerra
August 17, 2015
We finally know which dessert name Google chose for the next Android operating system. Hint: Malt balls and milkshakes didn't make the cut.
SHOW TRANSCRIPT

The next in a long line of Google desserts has finally been unveiled.

"If you've ever visited Google, you may have seen these big goofy looking statues. They're known as the Android lawn sculptures," said Nat, a Google employee who hosts a YouTube show.

"And they're kind of like the mascot for each new version of the Android operating system," said Lo, Nat's co-host.

Monday, a new sculpture popped up on Google's campus. And, as it turns out, Android's M is for Marshmallow.

Google let the world know about what was then just called Android M at its annual developer's conference in May. (Video via Digital Trends)

This trend of Google announcing its next Android OS and then teasing the name started with Lollipop. But when Lollipop was new, users could immediately see a difference.

"Everything is bright and feels alive. So much so that it feels like its about to topple over into cartooney garishness at any moment. But it never does. Because you can tell there are rules here that keep this slubber from bouncing around too much," said a reporter from The Verge.

This time, though, the changes we've seen so far seem to be mostly refinements of the last OS. (Video via Android Authority)

"This basically looks the same as it always has," said The Verge's Chris Welch.

Updates to the lock screen, the app drawer, the system's sound settings and even how a user accesses Google Now are all tweaks we've seen in developer previews of Marshmallow. (Video via Droid Life)

But more could be in store when the full version of Android 6.0 SDK, err Android M — Marshmallow — goes live. We still don't know exactly when that'll be.

This video includes an image from Atomic Taco / CC BY SA 2.0.