Google's Machines Can Now Write Your Emails For You 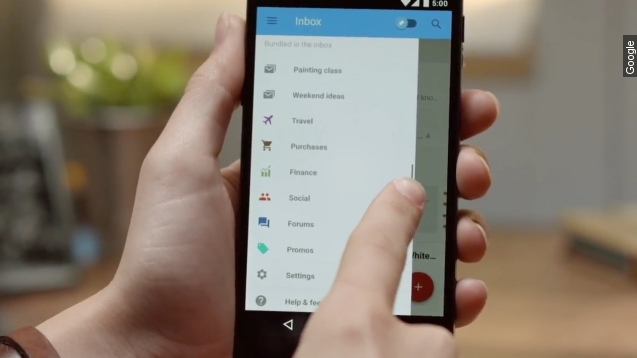 SMS
Google's Machines Can Now Write Your Emails For You

By Matt Picht
November 3, 2015
Google is rolling out something called "smart replies" for Inbox. Basically, a computer reads an email and decides how to respond.
SHOW TRANSCRIPT

Google's robots aren't just reading your email now; they're actually suggesting replies. See, this is the dystopian surveillance-state future I signed up for.

"The actions that we take in writing emails are very short and typically very action-oriented. ... I'll tell you, it changed my life. I can very quickly process the hundreds of emails I get on my phone every day," Google for Work President Amit Singh told the crowd at 2015's Web Summit.

Google announced it will soon roll out a feature on the company's email app, Inbox, called "smart reply." It analyzes the words in each email to figure out what the gist of the message is, and then composes three suggested replies.

From what they've shown so far, the smart replies tend to be brief snippets of vague, emotionless messages devoid of context. In other words, it's perfect for corporate email.

The technology is Google's latest leap forward in the field of machine learning — the science of teaching computers how to identify and learn from patterns in order to solve problems that would be too difficult for a normal computer.

The process of teaching a computer to think like a human often throws up some quirky results: Google researchers note an early prototype kept prompting people to reply to emails with "I love you." The researchers tamped down on that, which was either a useful fix or a missed opportunity, depending on your perspective on the human condition.