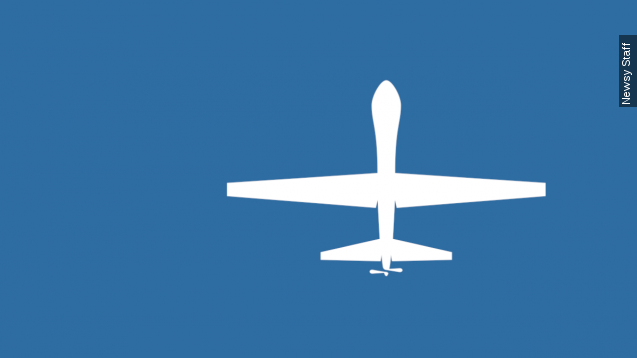 SMS
Google's Latest Drones Might Join The Airborne Internet Race
By Evan Thomas
By Evan Thomas
October 14, 2015
Google has registered a pair of new drones that could be testing platforms in which Internet and data are delivered by air.
SHOW TRANSCRIPT

Google has secured Federal Aviation Administration registration on a couple new drones we haven't seen before.

Two UAVs, codenamed M2 and B3, are now assigned to Google's offices in Boulder, Colorado.

They were initially thought to be part of Project Wing — and Google X team members admitted to reworking those designs after they were too difficult to control. (Video via Google)

But based on information from anonymous sources talking to Re/code, these drones appear to be associated with Project Titan. This is an initiative from Google's parent company, Alphabet, for drone-based Internet and data. (Video via Bloomberg)

But doesn't it already have Project Loon? Those Internet-enabled balloons? Just how much Internet does our airspace need? (Video via Google)

Until something sticks up there in the stratosphere, the answer appears to be "as much of it as we can get airborne."

Elon Musk is even kicking around the idea of saturating orbit with Internet relay satellites. (video via TED)

Anyway, The Guardian reports Google's been working with NASA on the drones for a while, specifically, with NASA's Certificate of Waiver or Authorization, or COA. This permits public agencies to test drones without running afoul of the FAA's regulations. (Video via NASA)

With the new registrations, it looks like Google's anticipating that the FAA will eventually sort out its rules.

The agency missed this year's self-imposed deadline for commercial drone regulation and says it really will lay down rules in spring of 2016.