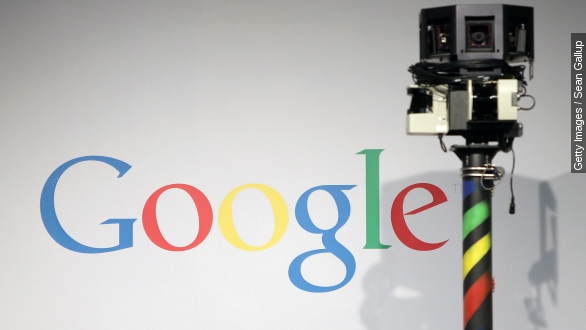 SMS
Google's GIF-Filled Take On Its Washington Influence
By Evan Thomas
By Evan Thomas
March 28, 2015
Google has responded to a recent report from The Wall Street Journal, which details Google’s antitrust investigations and dealings with Washington.
SHOW TRANSCRIPT

Google is taking issue with a recent Wall Street Journal report on the influence it wields in Washington.

Its critique comes in a series of GIFs, of course, because nothing telegraphs serious antitrust discussion quite like a laughing baby.

The Wall Street Journal’s report shows Google is more active than some other tech companies in Washington, especially at Pennsylvania Avenue.

The Journal’s report also calls back to a story it broke earlier this month: the Federal Trade Commission considered bringing an antitrust suit against Google in 2012, after investigators there found evidence of harmful business practices. (Video via Newsy)

The report cites visitor logs and internal emails that indicate Google was meeting with FTC officials during the antitrust investigation, before the FTC decided not to file suit in January 2013. (Video via C-SPAN)

The FTC decried these “misleading inferences and suggestions about the integrity of the FTC’s investigation,” saying “Not a single fact is offered to substantiate this misleading narrative.”

And Google denied any of those meetings were to discuss the FTC’s inquiry. Instead, representatives bent administrative ears on what Google calls “everything but:” a list that includes advertising, patent reform, self-driving vehicles, cloud computing, and energy efficiency.

And, as several outlets note, Google took time to point out Microsoft was even more active at the White House: the implication being Google “does not hold any undue influence inside the government.” Or, at least, that it holds less than Microsoft.

That said, The Verge suggests Google’s “everything-but-the-FTC-inquiry” list suggests the advertising company has more weight in Washington that it’s letting on. There’s plenty on its agenda even if it isn’t explicitly fighting an antitrust investigation.

SlashGear says it would call into question “whether Google's claims to be so hands-off with policy are actually true in practice.”

In any case, Google has yet to completely escape antitrust probing: the European Commission is still investigating Google for possible anticompetitive practices in the EU.

This video includes images from Getty Images and Noclip and music from Broke For Free / CC BY 3.0.