Google Revealed 'Pokemon Go' 2 Years Ago, And We Thought It Was A Joke 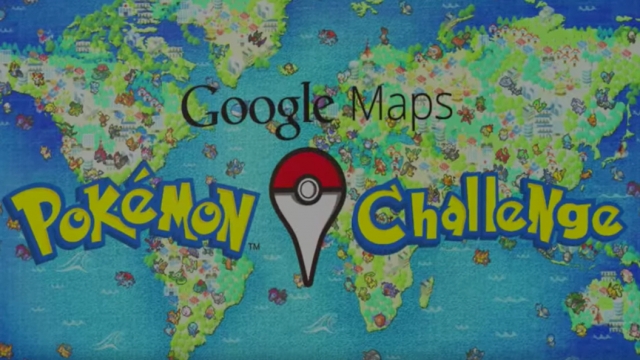 SMS
Google Revealed 'Pokemon Go' 2 Years Ago, And We Thought It Was A Joke
By Matt Moreno
By Matt Moreno
July 10, 2016
When Google debuted a Pokemon ad on April Fools' Day, we thought it was just a joke. We might've been wrong.
SHOW TRANSCRIPT

"Applicants must explore all types of terrain with Google Maps on their iPhone or Android to find each and every one of the wild Pokemon," an ad for Google said.

You might remember that little ad from Google a few years ago. The tech giant rolled that out in 2014 as part of an April Fools' Day joke ... or so we thought.

Yes, at the time, you could kinda interact with and catch Pokemon using Google Maps, but it wasn't quite like the ad suggested.

Fast-forward two years, and it's tough to go anywhere and not find someone playing the new "Pokemon Go" game.

"Pokemon Go" became the top-grossing app in the U.S. app store when it was released last week, and it's shown no signs of slowing down. It's not totally clear exactly how the game will continue to evolve, either.

It's actually been the game's tendency to keep us guessing. Pokemon shelled out some money — $5 million to be exact — to show an ad during the Super Bowl that gave us more questions than answers.

So, we're just going to have to wait and see what else the "Pokemon Go" developers have in store for us. In the meantime, though, keep catchin'.