This Is What Makes Video Calling App Google Duo Different 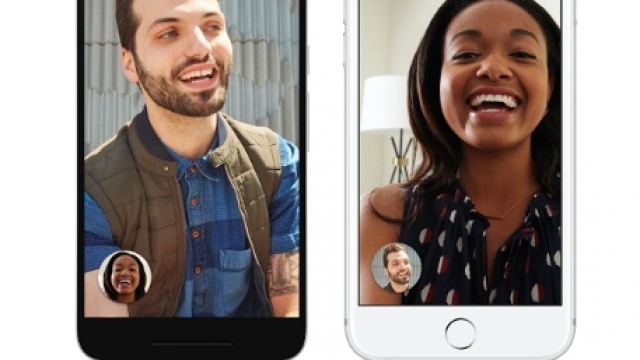 Unlike Google's video chatting app — Hangouts — Duo is for smartphones only and offers simple one-to-one calling rather than video conferencing.

SEE MORE: If Google Fiber Wants To Expand, It Might Have To Go Wireless

And it seems Google's key word to describe the app is "simple."

The company wrote in a blog post Monday, "Duo takes the complexity out of video calling, so that you can be together in the moment wherever you are."

The company said it designed the app, in part, to get rid of the frustration of dropped video calls.

It said the app will automatically switch between cellular and Wi-Fi networks and adjust to slower networks without dropping the call.

"Hold on, guys. I've got to get this," a man off-camera says. His phone says, "Video call from Stella" and "Swipe up to answer" as a little girl holding a drawing appears on the screen.

One of the app's features, called "Knock Knock," allows users to see what the caller is doing before accepting the call.

And setup is supposedly simple, too. All you need is your phone number. Like some of Facebook's apps, Google Duo doesn't require a login.

Google Duo works on Android and iOS. It's supposedly available for download on the Apple App Store and Google Play, though early Tuesday it was not yet available on the app store.