Google Might Spin Self-Driving Car Project Into A Standalone Company 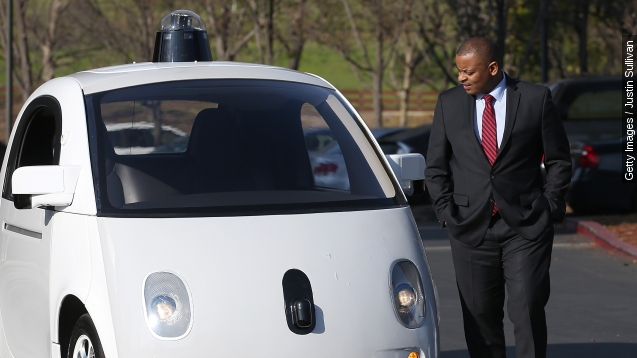 SMS
Google Might Spin Self-Driving Car Project Into A Standalone Company
By Ben Lawson
By Ben Lawson
December 16, 2015
Google might use its self-driving car project to go after Uber.
SHOW TRANSCRIPT

Google may have plans to split off its self-driving car project into its own company that would be a rival to ride-hailing services, like Uber and Lyft.

Bloomberg cites anonymous sources who say Google plans to create a business that offers "rides for hire" sometime in 2016 under its parent company, Alphabet. (Video via Google)

Rumors have been floating around since February that Google wants to use its autonomous car technology to create a ride-sharing competitor, and this Bloomberg report makes it sound like the company plans to take some steps soon to make that happen.

Uber actually announced its own self-driving car project last year, but it's likely way behind Google's technology, which has logged more than 1 million test miles on public roads.

Google Ventures, an existing Alphabet company, actually invested in Uber in 2013. But lately, the two companies have seemed at odds.

An exodus of Google employees to Uber has many believing Uber is trying to develop its own map data so it doesn't have to rely on Google's.

The Bloomberg report does fall in line with comments from Google co-founder Sergey Brin in September. He said it's far more likely to see the autonomous vehicle appear as a service before it's sold as a stand-alone product. (Video via TED Conferences)

Google still has yet to comment on the story, but a spokesman told Quartz earlier this year that the self-driving car project would be a "good candidate" to be spun into its own company under Alphabet.

If Google does create the company next year, it's worth noting that autonomous cars are currently only legal on public roads for testing.