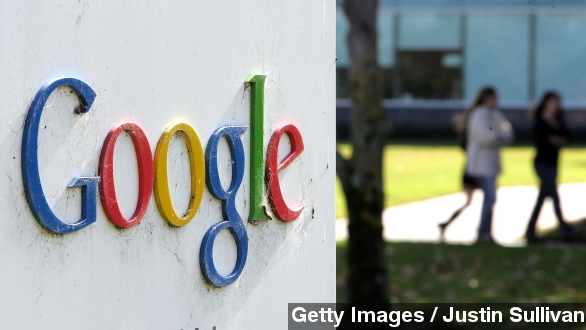 SMS
Google Might Snatch Up Softcard Payments App
By Evan Thomas
By Evan Thomas
January 18, 2015
Google is rumored to be considering acquisition of the mobile payments company for as much as $100 million.
SHOW TRANSCRIPT

Google could be getting ready to acquire mobile payments app Softcard, for between 50 and 100 million dollars.

This is the mobile carrier-financed payment operation formerly known as Isis.

No, not these guys. That’s probably why they changed their name.

It started as a joint venture between AT&T, Verizon and T-Mobile. Now, anonymous sources tell TechCrunch Google has its eyes on the company.

TechCrunch writes that price tag — somewhere below $100 million —  “is either a huge bargain or a testament to Softcard’s difficulties as an enterprise: sources tell us that AT&T, Verizon and T-Mobile have collectively invested hundreds of millions of dollars in the joint venture.”

Evidence points to the latter: earlier this month the company laid off 60 employees, or some 15 percent of its workforce. Some reports indicate it was burning through half a million dollars a day to stay viable.

Google probably doesn’t have any interest in inheriting those headaches, but Electronista suggests Google would be after something different:

Softcard has a trove of mobile payment patents Google could add to its own services, such as Google Wallet.

A writer at Greenbot says “At under $100 million, it would be a veritable steal for Google. The fact that Google would add to its merchant network and userbase is icing on the cake.”

It certainly would help Google better compete with Apple Pay. The Wall Street Journal reports the iPhone-based system is putting the pressure on the rest of the mobile payments industry to step up their own efforts. (Video via Capital One)

The CEO of Softcard himself has even said as much.

“The category awareness has gone through the roof. ... For the other 60 percent that have Android devices or Windows devices, we have Softcard,” Michael Abbott told Bloomberg.

Google, meanwhile, doesn’t have anything to say about the rumors, according to its strangely emphatic email to TechCrunch.

“We don’t have a comment, background, deep background, off the record steer, nod, wink or any other verbal or non-verbal response to these sorts of rumors.”

The carriers backing Softcard have also so far declined to comment, though their more traditional silence isn’t nearly as entertaining.

This video includes images from Getty Images and Broke for Free / CC BY NC 3.0.