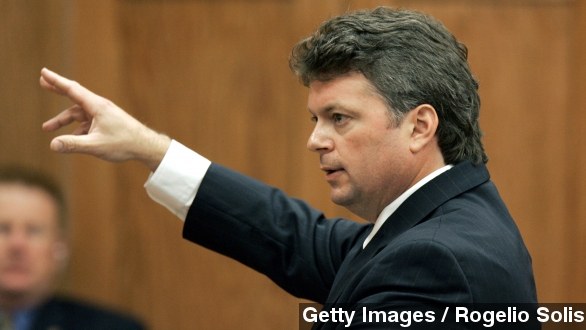 Google has filed a lawsuit against Mississippi Attorney General Jim Hood, claiming that Hood is violating federal law with his efforts to force Google to remove links to some content.

The suit is a response to a subpoena filed by Hood in October that demands Google hand over huge amounts of records related to ads and search results. Hood is trying to prove Google "facilitates and profits from numerous illegal online activities ranging from piracy to illegal drug sales and human trafficking" through third-party content — like non-Google websites, videos or ads. (Video via The Clarion Ledger)

Google claims in its suit that Hood "took these actions following a sustained lobbying effort from the Motion Picture Association of America."

Last week, documents released in the Sony hack revealed the MPAA was working with several movie studios to launch a lobbying effort called "Project Golaith" that, The Verge says, seems chiefly aimed at Google — but would also essentially revive the failed Stop Online Piracy Act of 2011.

One of the goals of "Project Goliath" is to put a stop on digital piracy, something that its supporters say Google has a big part in by providing a pathway to pirate sites through search results.

For years, Google has been called on to alter its search algorithms so that sites hosting illegal content will not appear in its results. Supporters say it would likely be a big hit to those sites' traffic, and decrease the number of alleged crimes.

But opponents say the movement would restrict free speech and hurt the fundamentally open nature of the Internet. In a blog post Thursday, a Google official accused the MPAA of trying to "secretly censor the internet."

Hood outlined his argument for holding the search engine accountable to The Huffington Post, "Google's not a government, they may think they are, but they don't owe anyone a First Amendment right. If you're an illegal site, you ought to clean up your act, instead of Google making money off it."

Part of Google's suit claims that Hood is attacking the company because he is being motivated by the MPAA.

And a report from The New York Times claims that a letter signed by Hood and sent to Google was actually written by a law firm that represents the MPAA.

Even if Google wins the suit against Hood, the MPAA will likely still continue its alleged efforts against Google as online piracy continues to eat into Hollywood's profits.